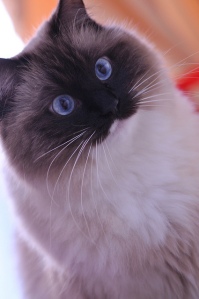 With a title like that you probably think we’re going to cover the 1995 thriller starring the fabulous Sigourney Weaver. As much as we could chat about that great film – copy cat serial killers do make for intriguing scripts – today we’re focusing on another copy cat.

Instead we’ll focus on something current and newsworthy: Melania Trump’s speech that appears to have parts copied or “borrowed” from Michelle Obama’s 2008 Democratic National Convention speech for her 2016 Republican National Convention speech in Cleveland. Melania was there as the keynote speaker and to support her husband. She has certainly managed to create some media attention around the event.

The public has criticised Melania Trump on social media, with many using the hashtag #FamousMelaniaTrumpQuotes to mockingly attribute the famous words of others to the prospective First Lady.

I think the best way to explain this is to look at a few of the great memes that have popped up on social media. The internet was and remains flooded with so many that have us laughing out loud.

"Here is a photo of my family and I at home" #FamousMelaniaTrumpQuotes pic.twitter.com/hfPqBubt3u

As you can see the media and the public have really taken to this one. Stephen Colbert offered a great impersonation on his show: it was hard not to chuckle.

Is this a PR crisis in action? Donald Trump’s campaign manager defended Melania Trump on Tuesday saying her speech consisted of “common words and values”. He took the reactive approach, blaming the widely critical reaction to the speech on the Democratic nominee Hillary Clinton.

“This is once again an example of when a woman threatens Hillary Clinton, how she seeks out to demean her and take her down,” he said. “It’s not going to work.”

We’re not here to judge, but the speech does have a striking resemblance to the 2008 speech of Michelle Obama’s.

Judge for yourself. Here’s the full speech side by side with Michelle Obama’s.