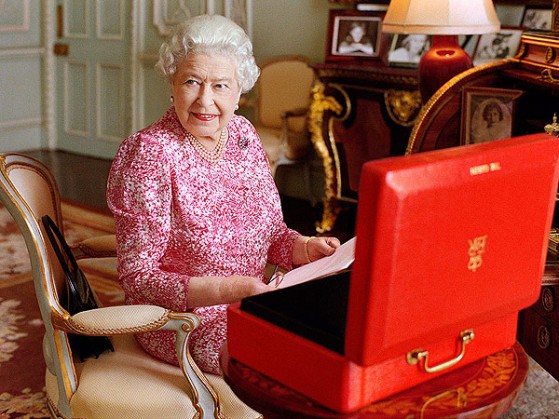 The 9th of September 2015 will be forever noted in the history books as the day Elizabeth II became the longest-reigning monarch in British history; passing the record set by her great-great-grandmother Victoria and marking day 23,226 of her reign – and counting. That’s long in such an old institution.

Buckingham Palace released an official photograph of the occasion – so it must be big. But the Queen let it be known to the public that it should in no way be an exceptional day, she did not want a fuss to be made.

The Queen may not want a fuss, but if the British papers and the state of Twitter is anything to go by – people are latching onto this record-breaking reign and giving it the recognition it deserves. It would be hard for ER II not celebrate a little, given PM David Cameron mentioned the occasion in cabinet on Monday.

The Queen ascended the throne at age 25, upon the death of her father in February 1952. We thought we’d use this occasion to look at how communication has changed from the royals, and how the transition from the handwritten letter to instant tweets can alert us to changes and events.

The Guardian printed a great article this week about how The foundations for Queen’s record reign were set by Victoria. If you don’t get a chance to read it, here are some royal takeaways:

Cheers to the Queen on her record reign,